Servers power many organisations and are even making their way into homes (even if it is a simple NAS box). With more RAM then you could even imagine (I have to admit I’m a RAM addict) and processors that make the latest and greatest gaming PC look minuscule in comparison it is these mighty machines that make the world go round.

Upgrading MySQL Community Server from 5.1 to 5.5 on Windows

In this guide I’ll show a ‘working’ method to upgrade from MySQL Server 5.1 to 5.5 on a Windows Server 2008 R2 machine. In this case MySQL Server 5.1 was installed by the Microsoft Web Platform Installer some time ago, however this version doesn’t deliver very good performance (and its horribly outdated!) so it was time to get it replaced.

The good chaps at MySQL do offer a guide on how to do this on their website – https://dev.mysql.com/doc/refman/5.5/en/windows-upgrading.html however I hope you will find this one will serve you better.

A few points to note before we continue….

So on with the guide!

Final point to note….this guide only works with migrations to 5.5 from 5.1, if going to further versions you will be missing some tables which will in turn generate error messages during the upgrade process. More information on that here http://dba.stackexchange.com/questions/54608/innodb-error-table-mysql-innodb-table-stats-not-found-after-upgrade-to-mys.

Work is coming along nicely with the Server Room, we’ve now removed the last Cisco switch from our infrastructure and the HP 5400R series switch is deployed replacing the 2530 that was in its place; over time we’ll be bringing more fibre from our edge switches into this room as well hence the number of SFP+ ports on the 5400R. The entire front of the cabinet is now populated with hardware or a blanking panel as well (panels available from Comms Express) to keep things looking tidy. I wish there were a little more that I could do with the cables coming into the 5400R however with a very narrow rack there’s not much that can be done.

Some interesting things have come out of both Rucks and PaloAlto recently in that they offer Hyper-V compatible VMs for their services which could free up a further 3U of space and remove a further 4-6 cables out of the picture.

5 fun applications to think about when deploying Smart Cards

Looking for some fun ways to get more out of your your Smart Card deployment? If so have you tried……? 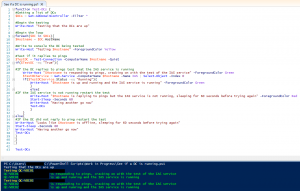 One of those monthly jobs that every SysAdmin will come across is good old Patch Tuesday; to help make Patch Tuesday a little more fun after all of the servers have been updated I use Hyper-V Replica (run by a PowerShell script) to shutdown each Virtual Machine and move it onto another host (ticks the box for the machine reboot component of Windows Updates and also tests our DR solution in one hit!).
However as both of my DCs are Virtual Machines I want to make sure that at least one DC is up at all times, to do that I have built a little PowerShell function (see below to download it within a zip file!) that is run before every migration to ensure that both DCs are up and running (along with the Network Policy Server service which is used to authenticate clients on the network (and so is very important!!)) before any migration happens.

Hopefully this will help someone someday!

MDT does not apply WSUS updates 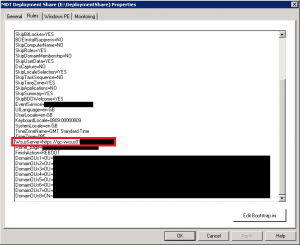 A silly gotcha more than anything else…. after recently updating my WSUS server to use SSL (to allow publishing through the firewall) I noticed my clients that were deployed with MDT (Microsoft Deployment Toolkit) were not installing updates as part of the Task Sequence; indeed the message log at the end indicated that the updates could not be downloaded as there was no connectivity to the WSUS server.

Lone behold I had updated the path to be https:// (against http://) in the Group Policies that pointed the clients at the WSUS server but not in the Deployment Share properties in MDT. So let the lesson be learnt… be sure to make the URL change in MDT as well as in Group Policy. 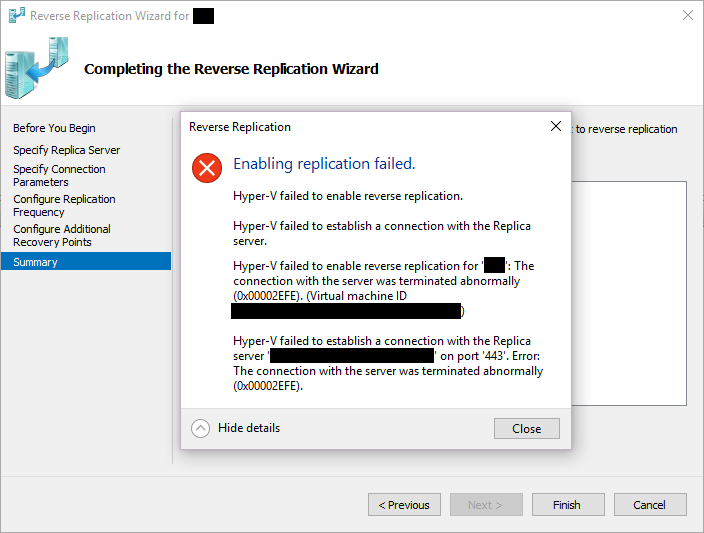 As it turns out I had recently deleted and created a new certificate for the target host and as such there was no certificate listed in Hyper-V Settings > Replication Configuration. The fix was to set the replacement certificate in the box provided. See the screenshots below for a little more…

Having recently purchased a Dell T430 tower server which we will be using for backup and Hyper-V replica I thought I’d share some photos of what the castors (an option in place of either the rack mounting kit or the floor stand feet) look like!

The castor assembly comes in a separate box to the server and only takes a minute or two to install; I perhaps was expecting slightly larger wheels however they do a good job all the same on hard floors.

The screenshot above shows a portion of the sensor in its default form; in this post I’m going to show how to…

PRTG will automatically set the scale for your graphs but I prefer to see the full range of 0 – 100%; this tweak makes that possible.

GByte instead of MByte

When working with servers with small amounts of RAM (lets say 4GB and less) it is typically going to work out best to view free RAM as MBytes but when working with Hyper-V hosts (48GB and 96GB in my case) GBytes are a much better value to work with.

With the front to back patch panel installed and T430s rack mounted the server room is coming along quite nicely. Next up will be a tidy up of the cables at the back of the rack bringing all of the power cables to one side and the network cables to the other. Stay tuned for more in the coming weeks!

Rack Mounting a Dell PowerEdge T430 – where do I put the rails in relation to the 5U of space? 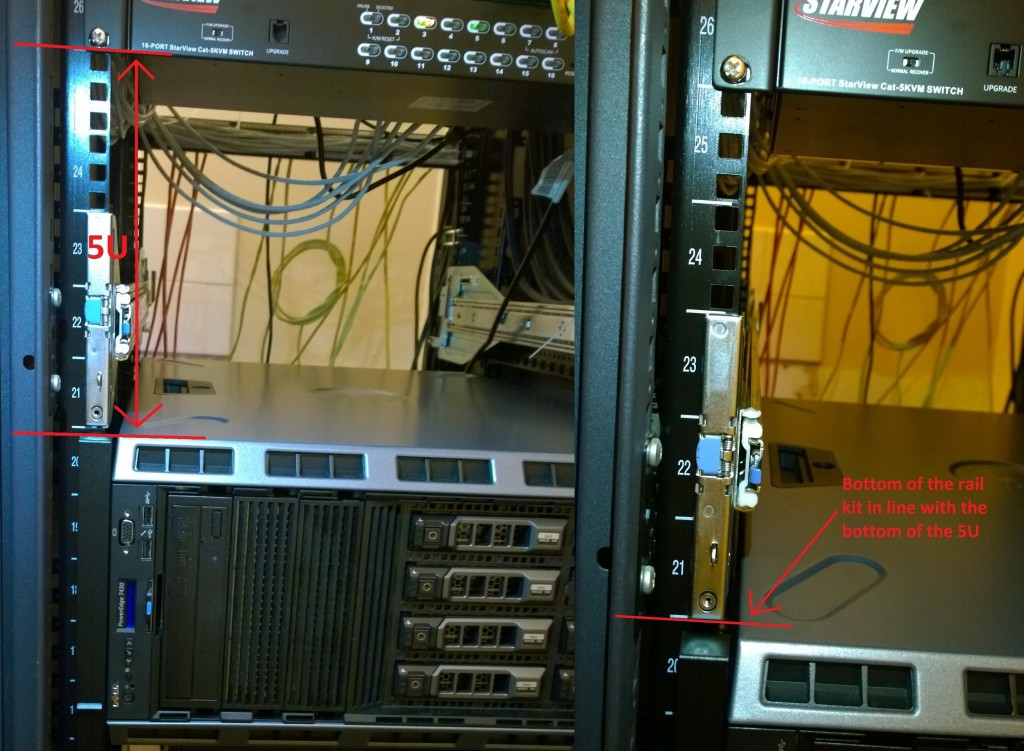 As part of an ongoing project to improve the room today we’ve been installing a set of rails for a pair of Dell PowerEdge T430 servers. You may have noticed the ‘T’ in the T430 to indicate they are tower servers but Dell provides a 5U rack conversion kit which is pretty easy to install.