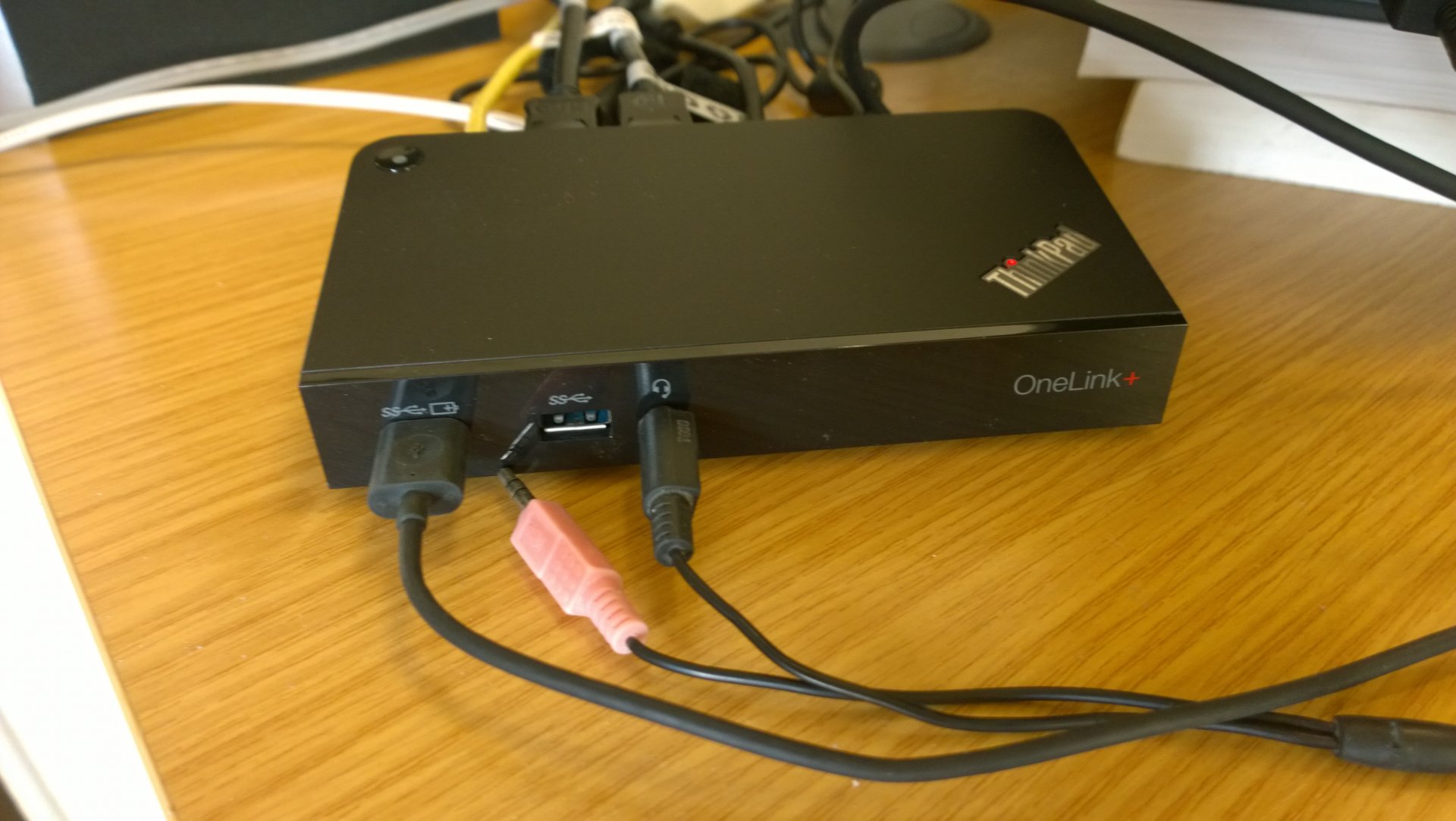 The dock from the front; 2x USB ports (1 of which is powered) and the combined speaker/mic audio jack.