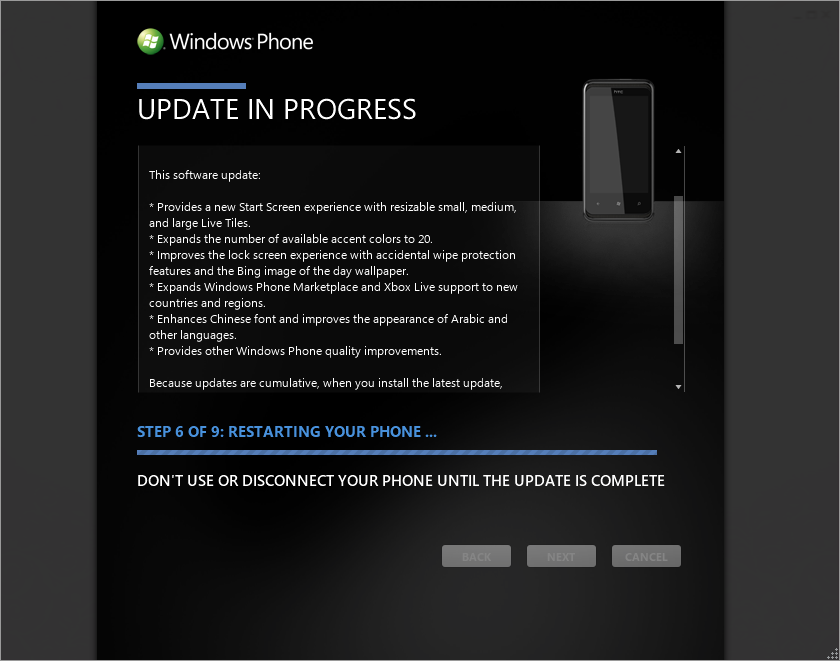 For the past few days Microsoft has been slowly rolling out the shiny new Windows Phone 7.8 update to all the happy people out there with Windows Phone on 7.5.

Nokia phones were reportedly the first to get the update however other users with phones like the HD7 have also reported that the update has started to appear on their phones. Some Windows Phone users have also found that they can force the update to install using the .cab update files provided by Microsoft and some custom installation tools.

The only issue with these methods it could be possible to ‘brick’ your phone leaving you with a out of warranty void lump of metal and plastic.

The easy way to get the update is to get Zune to do the heavy lifting for you, to force the update through Zune just follow these steps

If anyone is wondering I’ve already completed the update on my HTC Pro 7.