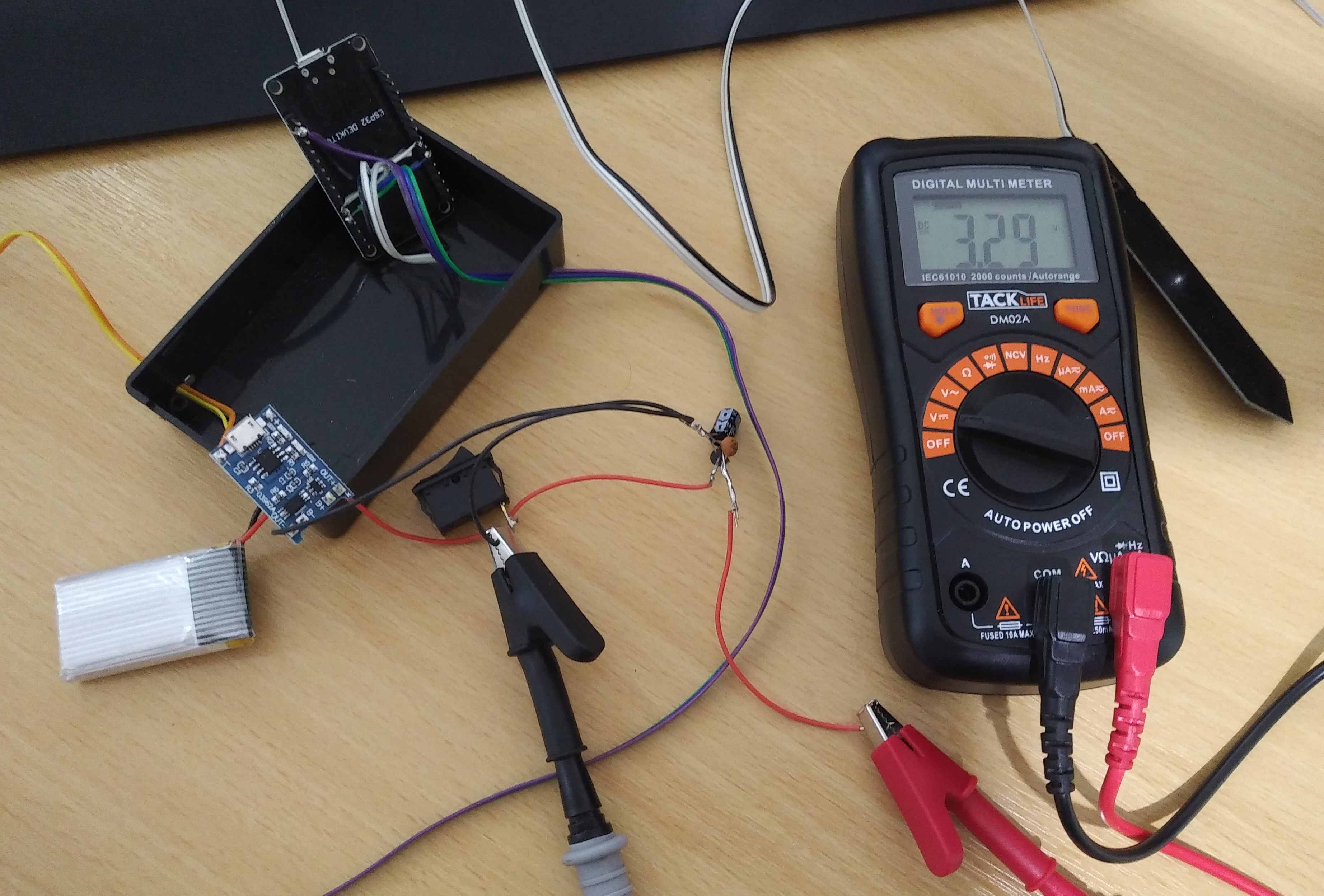 With the capacitors in line the voltage is nice and stable at 3.3V