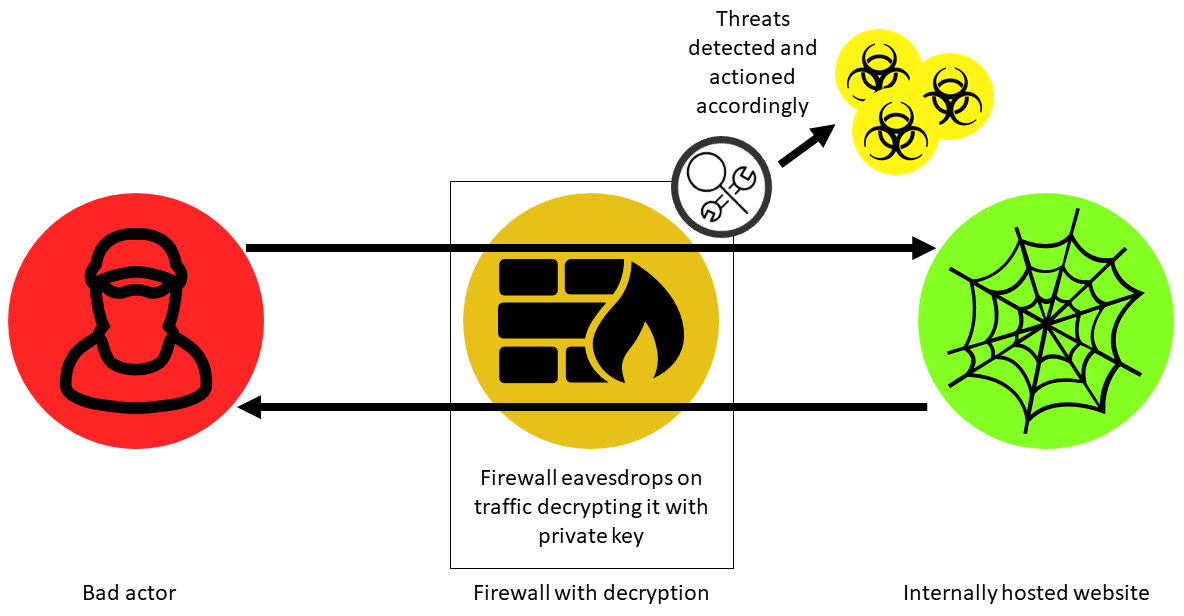 Both the firewall and the web service have been configured to run TLS1.2 with the private key for the certificate on both (which allows the firewall to decrypt the traffic without breaking connections) and the latest firmware/security updates have been applied across the board. END_OF_DOCUMENT_TOKEN_TO_BE_REPLACED