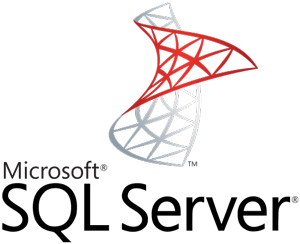 Microsoft SQL Server Integration Services (SSIS) is a powerful tool that comes with any of the paid editions of SQL server. By design its main function is to extract, transform and load data into databases however by mixing in CSV exports and PowerShell commands it can help automate various workflows.

In the majority of businesses (and in all schools) there will be some kind of central database which stores information on employees/staff and in schools students. Where I work this is Capita SIMS, the database its self comprises of a great number of tables however its possible to avoid rooting through the tables to find the data you want by using the commandreporter.exe application.

Automating the generation of new staff or student user accounts

This SSIS package has been running very well for the past year (which included the generation of ~115 accounts at the same time for the summer Year 7 intake) with only a modification to allow for students with names longer than 100 characters long (yes that one took me by surprise!).

Its an unfortunate fact that its people and not systems that are the biggest security risk to any company/business (nice read here about this); in particular any staff member who leaves the employment of a company without having their computer account disabled could have access to sensitive information as such its important to close these security holes as soon as they appear. In my experience its all too possible for the people who run and manage employment databases can forget (or not think that its important) that ICT services are informed when a person leaves and as such it really helps to tap into these services and generate automated reports when people leave.

As a side note in schools I’ve seen cases where before leaving a school a student passes their login details to other students, perhaps to bypass internet bans or other sanctions.

Originally when working on this package I considered designing it to automatically disable the staff members account on a set date however after consideration I thought it best to leave a human ‘in the loop’ here – particularly as it could in theory allow non IT staff members to maliciously disable accounts!

The process is slightly different for students where the process only emails the service desk once that student leaves the school and not prior.

Where I work we use the WASP asset management system, one of the things which drew me to this system is it uses a SQL database to store all of the information on assets and who they are checked out to (compared to web based services which don’t offer a way to programmatically access the information).

For this SSIS package we have-

Emailing a report on printing activity to the finance department

Where I work we have a managed approach to printing in that departments are charged a fixed cost per printed page which is charged back to the ICT Services department to cover the cost of consumables. As part of this we use the Equitrac print management solution which logs all of the printers in a SQL database (you can see where I’m going here!).

The sequence for the SSIS package is

This is by far my favourite SSIS package that I have deployed at the moment, the reason is simple – its a pretty dull monthly task that I’d forget if I wasn’t reminded about.

I hate to say it but email is here to stay (although ‘enterprise social’ seems to be gaining traction fast of late) and one element of email is distribution lists. This SSIS package is still a work in process and relies on a rather crude method of keeping he lists up to date but for now it works…well kind of  🙂

As you can tell this is a very messy process, indeed right now this package takes 2 hours to run and is only run once a day overnight. My hope is that in the future I’ll be able to get it to work out the changes to the distribution groups (additions and removals) which will in turn speed up the execution massively.

Hopefully this post will spark off some ideas in everyone; maybe one day I’ll have the time to put each process into its own guide but in the meantime if you would like to chat about how this works just let me know through the comments box.