What does it take to run a Citrix VDI-in-a-Box Proof of Concept?

One of the wonderful things about Windows Server 2008 R2 Hyper-V is that any driver that was written for Windows 7 will also run in Server 2008 R2! As such its very easy to take any Window 7 compatible PC (with a processor that can do hardware assisted virtualization like the AMD A and FX series) and turn it into a Citrix VDI-in-a-Box proof of concept (POC).

In the video below you can see me doing just that with a HP 6465b notebook (AMD A6 powered) which has been enhanced with a OCZ Agility 3 SSD.

Read on as well for a list of parts that cost less than £265 (exVAT)  that you could use to run your own proof of concept for 3-4 VDI users! 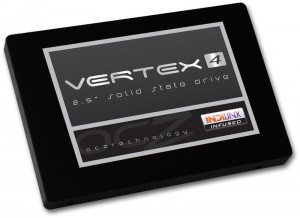 One of the great things about VDI-in-a-Box is that you can move your testing environment to production just by pointing your new server at the testing one for it to go and migrate the images/setting/so on over.
Best of all you will have a new quad core, SSD powered PC to play around with after!