Published 8 February, 2014 | By James Preston
This entry is part 1 of 3 in the series WebDAV - Access Windows File Shares outside the firewall on any device

Every once in a while a magical bit of software comes along that makes life so very good; today that software is WebDAV and its been around so long that some people might have forgotten how good it is.

To accomplish this you will need a few things

The basic topology is your clients point their WebDAV client at a DNS address which is mapped against a IP address which is port forwarded through your firewall to your IIS server which then serves requests to your file servers (clients don’t get to talk to the file servers direct). Don’t forget to setup your internal DNS to point to the internal network adapter of your IIS server as well. 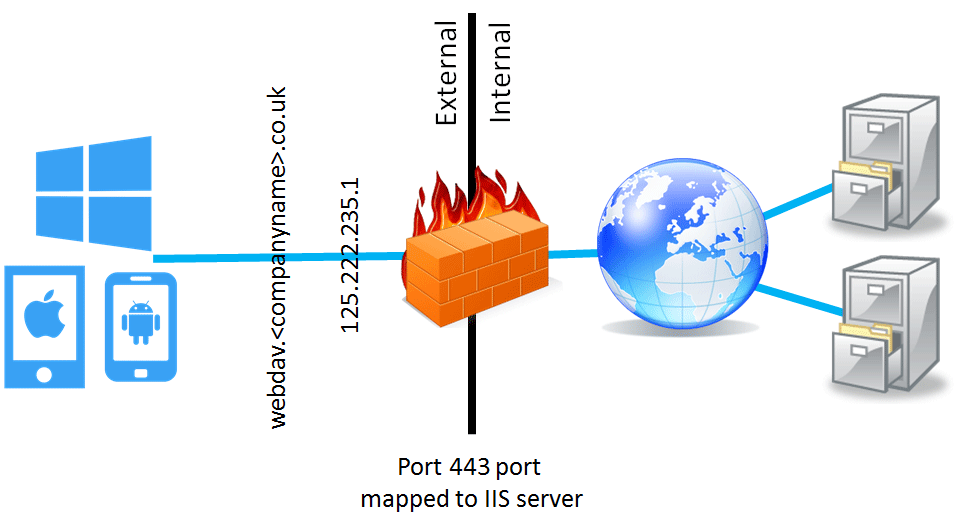 In the next article I’ll run through the setup of a WebDAV server.